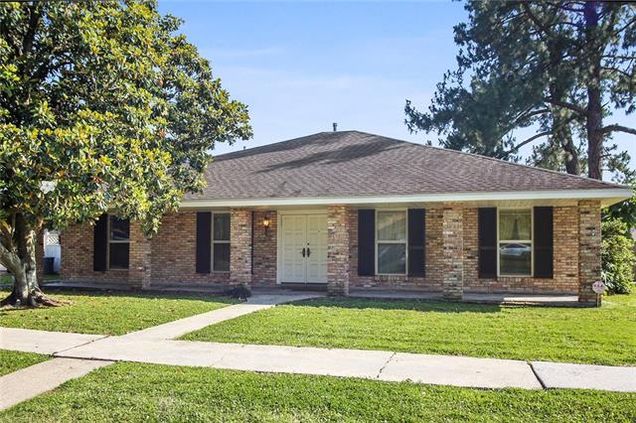 Terrytown is a West Bank suburb adjacent to Gretna in Jefferson Parish.  The population of Terrytown was 23,319 at the 2010 Census.

West Bankers often debate whether Terrytown is actually its own city, and many simply count it as part of Gretna, or as an area on the cusp of Algiers. However, Terrytown is indeed its own place, named in the late 1950s by developer Paul Kapelow, whose daughters’ names are Terry (thus Terrytown and Terry Parkway) and Carol Sue (for whom Carol Sue Avenue in Terrytown is named). Terrytown was officially established in 1960, shortly after the opening of the Greater New Orleans Bridge in 1958.

When the community was first marketed to the public, the homes in Terrytown featured the newest cutting-edge concepts in home construction, such as central air conditioning and consolidated plumbing techniques. Most of the community’s homes are generally similar in style, predominantly one or two stories with brick or brick-veneer construction. The streets are also named alphabetically depending on the section of the community.

Many single-family homes in traditional ranch styles were built in the past 50 years in this part of the West Bank and most have been beautifully maintained for future generations. Terrytown homes are available in all price ranges, and some vacant land can also still be found for those looking to build.

The retail sector of Terrytown features Oakwood Center shopping mall and several other major retailers and commercial strip malls. The community also boasts many festivals and heritage events throughout the year.