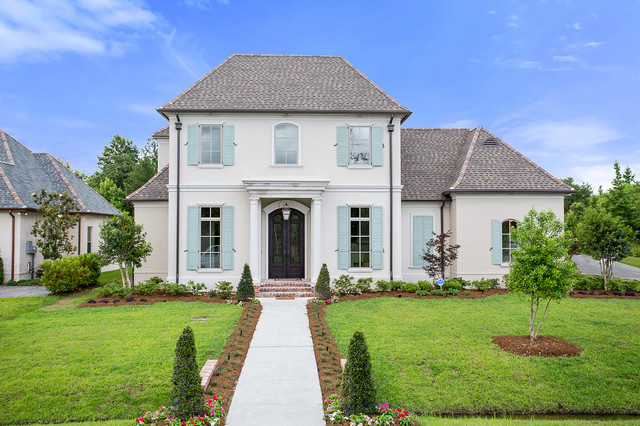 Belle Chasse is a quaint West Bank suburb located 7 miles south of downtown New Orleans on the banks of the mighty Mississippi River.  With a population of 12,679 at the 2010 census, it is the largest town in Plaquemines Parish.  Belle Chasse is one of the oldest developed area on the West Bank, and according to historian J. Ben Meyer Sr.'s book, Plaquemines: The Empire Parish, the town is named after Colonel Joseph Deville Degoutin Bellechasse.  The Colonel was a New Orleans City Council member and the first adjutant general of the Louisiana National Guard in the late 18th century.  Others say the community's name reflects on the plentiful wildlife in the area when it was settled, as "belle chasse" means "good hunting" in French.

Belle Chasse real estate and housing is in high demand, primarily due to low property taxes, low crime rates, and an excellent public school system.  The Plaquemines Parish School District is comprised of 4 elementary schools, 1 middle school, and 3 high schools with over 4,000 total students and an impressive 12:1 student / teacher ratio. According to www.niche.com, in 2018, Belle Chasse Academy ranked #2 as the best public elementary school in Louisiana, out of 764 schools.  Not to mention, Belle Chasse is only a short drive from some of the best hunting and fishing destinations in the world, such as Empire, LA and Venice, LA. The combination of these attractive community features has led to the development of several new and sought-after subdivisions in Belle Chasse such as Pleasant Ridge, Springwood, The Parks of Plaquemines, and others.

Since 1957, Belle Chasse has been home to the Naval Air Station Joint Reserve Base New Orleans, which houses many military families stationed in the area. Belle Chasse also features the Louisiana Medal of Honor Park and Museum, and historic Fort Jackson, which is a National Historic Landmark. The Plaquemines Parish Fair and Orange Festival has been held since 1947, and is one of the most anticipated events of the year. Learn more about Plaquemines Parish Tourism.